I went to a show last weekend in Ladysmith, Virginia - a place I’ve never been but have passed by the I-95 exit (#110) for years and years. It’s pretty rural but it's beautiful and reminded me of sweet home Alabama; I felt right at home there.

The show was at Mr. B’s Park and everyone had a good time!  Dream Entertainment presented its 11th Annual Southern Soul Blues Celebration and it was a great event.  On the lineup was Joe Tex II, Mr. G,  The Hardway Connection, and Wilson Meadows.  I couldn’t stick around to see Hardway and Wilson Meadows but was so glad I saw Joe Tex II and Mr. G.

Let me first start by saying that the emcees for the show were Miss Tonya (aka Miss Southern Soul) and none other than the wonderful Dr. Nick!!  They were a great duo and kept us entertained before the show started and in between acts.  The dee jay played some great southern soul music and I loved seeing people get up and dance. Here are a couple of pictures of Dr. Nick and Queen, the promoter.  Nick is a hard-working man who knows the blues and southern soul and Queen has a beautiful smile with a friendly southern personality.  In the words of Dr. Nick, she knows how to throw a party! 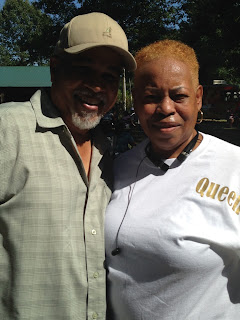 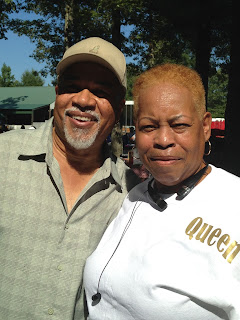 It was definitely an old school, over-40 crowd and it was obvious that a lot of family and friends were gathered together.  It was a hot afternoon but there was plenty of shade under the trees, everybody had their lawn chairs, food and something to drink, and there was the tempting smell of fish frying in the air.  All of the ingredients for a true down home party.  The only thing I couldn’t understand was the lone guy riding around on a Segway in the grass…why?? Lol 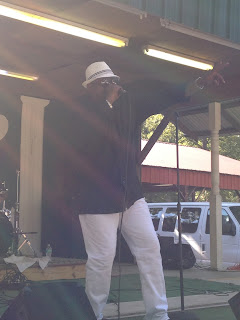 I was a Joe Tex fan back in the day and I have to admit that I didn’t know anything about Joe Tex II. I’ve found that he is continuing the legacy of his father, the late, great, Joe Tex and is following in his footsteps.  Joe Tex II sang several of his father’s songs and some of his own music and he was pretty good.  He did a great cover of Mel Waiter’s ‘Got My Whiskey’ and he kept the crowd on the dance floor – especially when he joined the ladies as he sang how he wasn’t going to bump no more with a big fat woman. Definitely knew how to engage the crowd! I found this song on youtube, it's one of the songs he performed. 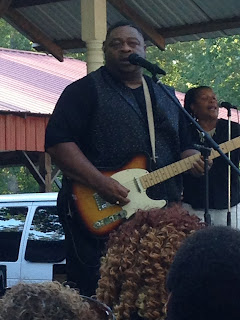 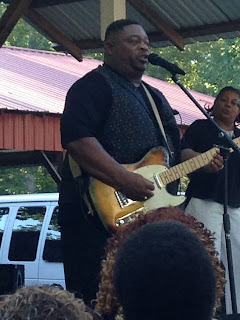 Big G was obviously a crowd favorite and Ladysmith loves him.  You can tell he’s been singing for awhile because he has a professional sound and he’s good!  What a great performer.  I found the following bio info about him:

From CD Baby:  Big G, a Song Writer, Story Teller and Southern Soul Recording Artist that is a native of Charlotte County, Virginia, and now resides in Richmond, Virginia. He released two CDs before his first big single, “Hot Loving,” that was released in 2003, which still packs the dance floors today. Big G’s music has been broadcasted national on the CBS Early Morning Show, which gave him crossover notoriety. His band performs throughout the Eastern Coast and Southern States.  Some of his greatest moments have been sharing the stage with the Late, Great Marvin Sease, the Late Mel Waiters, Roy C, Clarence Carter, Millie Jackson and Betty Wright, just to name a few.

From Daddy B Nice: George Staten Sr., aka Big G, was born in Charlotte County, Virginia, on July 4, 1957. He began his professional singing career in 1997 opening for Roy C at the elder artist's performances in the mid-Atlantic states.  Big G's first solo CD, Steppin' Out, appeared in 1999 on his self-owned label, Stone River Records.  A more influential CD, Keeping It Real (Stone River), highlighted by Big G's first popular Southern Soul single, "Hot Loving," followed four years later, in 2003. From that point on, Big G released at least an album a year.

I think Big G is awesome and I would love to see him perform again. Here is one of the songs he performed that afternoon.


Since I was traveling solo and didn’t want to come out of the woods in the dark by myself, I missed The Hardway Connection and the headliner, Wilson Meadows.   I love both of them and plan to catch them soon!!!

Thanks Ladysmith for the hospitality and a great southern soul show!!!